I’ve been walking past this every morning when I feed the dogs. Today I stopped for a couple photos from the upper deck. I really think it is the quality of light that makes the difference. 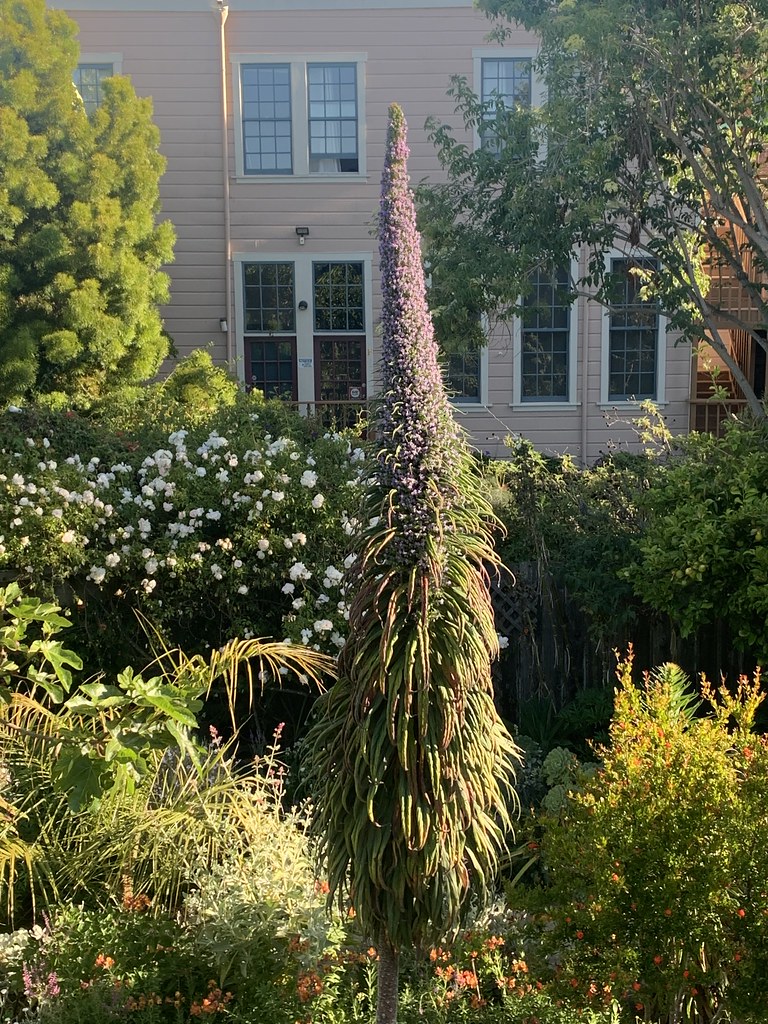 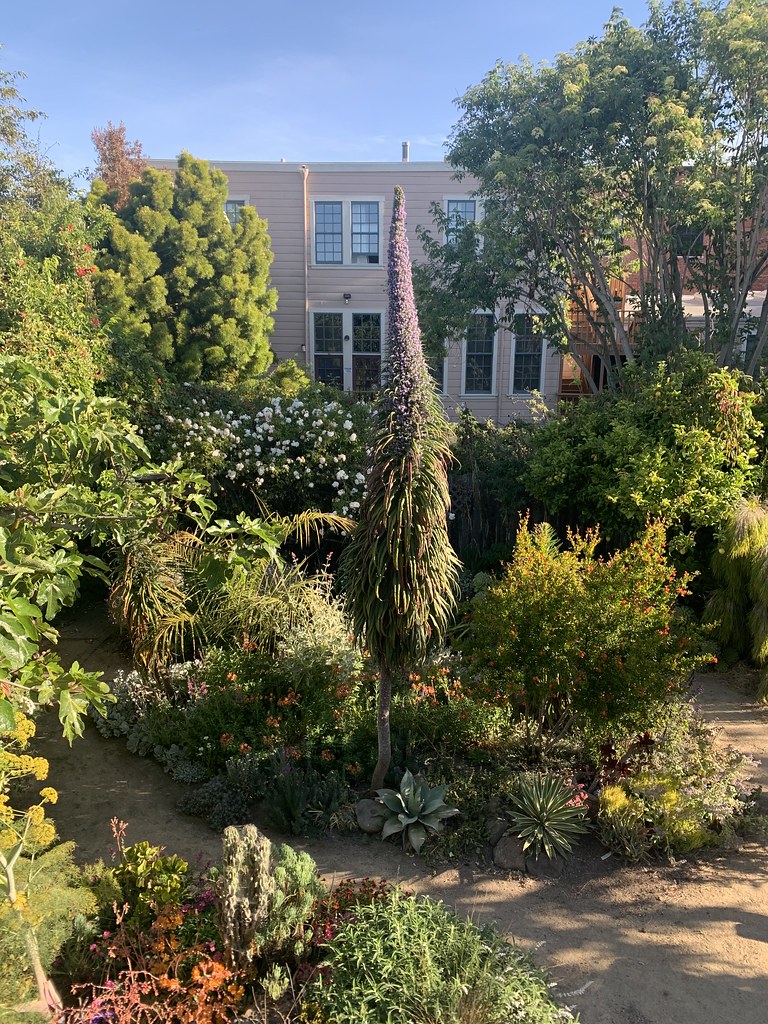 Thanks for the idea for a fun treasure hunt at work, looking for ID keys. I’m sure I didn’t find everything we have, because the books that contain actual keys are not identified that way in the library catalog. However, I found a nice bunch. Here they are on my cart, waiting to be added to my list that will go out to public libraries in the state.:

It’s definitely a nice selection that can keep someone busy for years and years.

Thanks. It was fun to find such a variety—something for everyone.
The books on algaes hurt my heart, though. I grew up swimming every summer in Lake Huron (west side of the state), in beautiful murky jade water in the ‘70s and early ‘80s. The last time I was there two summers ago, the water out as far as we were swimming was completely clear. Dead. These lakes are huge. You only know Canada is on the other side, because you’ve seen the map. In the span of my adult life, the cursed zebra muscles have invaded and devoured nearly all the algae food for fishes out of about 850 cubic MILES of water.

Hey, have you done your big pond repair trip yet? Can’t wait to see your photos. You alway share such great ones.

A lovely selection of field guides, @Kendel, but needs 100% more insects and spiders!

Thanks, Liam!
@SkovandOfMitaze mentioned using botanical keys recently, which was a word I needed for a thing I was seeking. My many plant books rarely help me figure out what is growing on my property. Because they are not keys. It’s always more interesting when my personal research goals can be useful at work, too!
You are 100% right that the creeping critters need representation, too, particularly spiders and insects. So, thank you for another project idea! We have many books on bugs and other animals at the state library, but I don’t know if they include keys. Even so, the creeping things need representation—of course my work will have to focus on Michigan and/or the Great Lakes region, of which Michigan is a part.
Your bug interest reminded me of the dedication I shared over in Pithy Quotes from the book on non-gilled mushrooms in Michigan:

From The Boletes of Michigan by Alexander H. Smith and Harry D. Thiers

DEDICATION
This work is dedicated to Victor Clare Potter, of Ithaca, Michigan; born May 14, 1920, died January 11, 1964. Victor Potter was a victim of arthritis, but this did not dampen his enthusiasm for natural history. He had special crutches made so that he could carry a collecting basket on one of them, and, so equipped, he made, in the short period of less than fifteen years, a collection of fleshy fungi of appoximately 20,000 specimens, which is the most significant collection in existence from the center part of the Lower Peninsula. Many of them were boletes, including one of the most peculiar species of Leccinum yet described, which now bears his name.
He clearly showed by his own efforts that the amateur naturalist can still make significant contributions to biology. Indeed, the project on the boletes of Michigan has profited significantly from the activities of a number of amateurs in the state.

I’m sure this quote describes many of the interesting people who hang around here.

@LM77 a rather mite-like spider

Male Summer Tanager, with a large insect (maybe a grub from the pine bark) in its beak

@SkovandOfMitaze do you have any ID suggestions on the following plant?

Louisiana Waterthrush, working on its nest.

Pair of Mallards in our neighborhood (golf course pond)

White-eyed Vireo, about 1/2 second before singing

A small satyr or hairstreak

Yes, I did hear something on the front step just now, moving things around – I’m glad turning the light on dissuaded it from hanging around any longer

(Also evidence of much needed rain, a good soaker all day. Thank you, Lord.)

That last one reminded me of this photo I took Sunday of a tree form succulent. The texture on the trunk was very interesting. I didn’t get a photo of the whole plant and am not sure what it was, possibly a dasyliron. 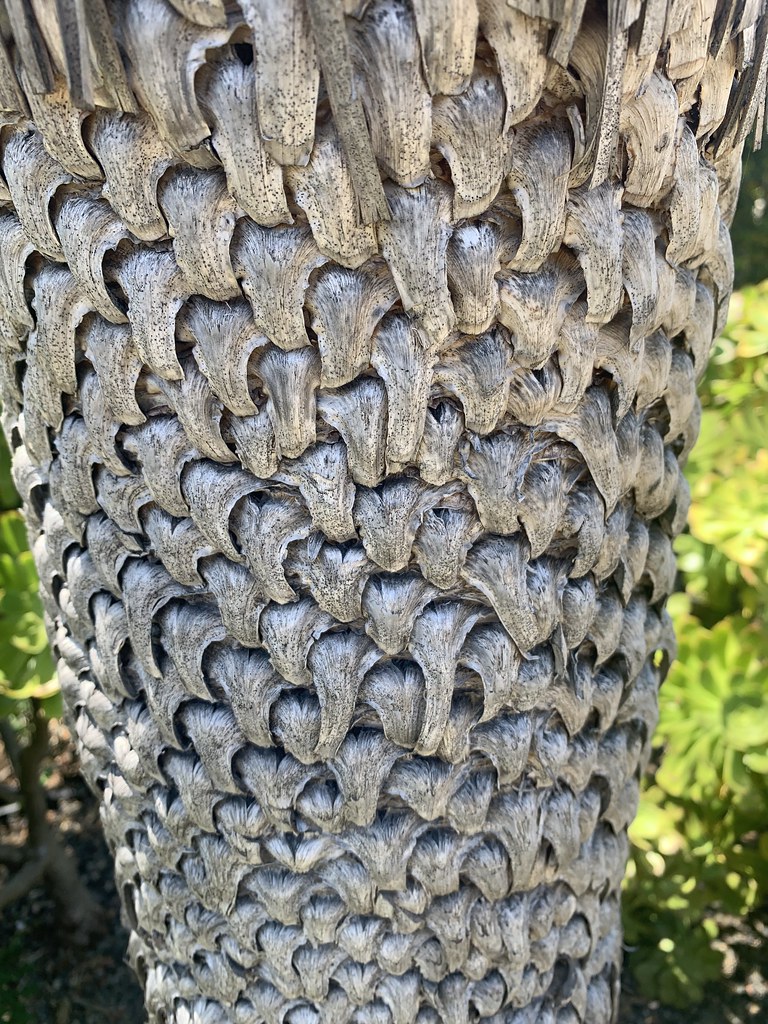 That reminds me of something I read yesterday, that “tree” is just a shape that plants can grow in, not a specific thing. One of those things I sort of knew but never thought about.

I belong to a garden group whose big boy name is the Bay Area Hort Society but we call ourselves the Hortisexuals. May I just say this is a beauty. What a contrast in textures!

Fabulous photos as usual! Thanks for sharing them! I needed a dose.
Mom’s side of the family came up north from Arkansas during the Great Depression for work. I always thought the real, secret reason was the snakes. Grandma and her sisters were terrified of them. No one was faster with a hoe, beheading a snake than the Walker girls. Watching one swim past you….shudder.
We have few snakes here. Rattlers prefer their own company and avoid people. We avoid them. I’ve never seen one outside. Everyone is happier.
Garter snakes are welcome when I find them or the kids do—usually kids. I respect them as wild creatures with sharp teeth, but I don’t avoid them. They aren’t showy, but they are really beautiful.
“Your” cottonmouth does get lots of points beauty and style.

The cottonmouth which is a water moccasin. It’s a venomous pit viper and many are scared of them and you hear lots of stories of them chasing people and ect… but it’s not true. They are docile. This one was extremely docile. Did not even show one but if aggression. Never popped it’s mouth open trying to scare me. It was swimming by probably heading to its home. I even used a stick to lift it up and move it backwards several feet a few times and each time it would look at me and then continue to swim back past me. I made the video to help combat the belief they chase. It’s usually that you’re simply standing between them and their home and it’s going to keep trying to swim back past you. But people get scared and will kick and hit at it with a stic and so it freezes up and bears its white mouth ( hence cotton mouth ) and then will begin to swim faster past you and people think it’s attacking.

The one in the second pic was displaying aggression. But that’s because it was trying to warn me. They will shake their tail and open their mouth which is why I was able to see it. I was chasing a big lizard and the heard the tap tap sound of the tail moving and was looking for like 5 seconds before it popped out it’s mouth and was easy to see. I was like 3 feet from it lol. They only really bite if you try to attack it, pick it up and of course if you step on it.

But they don’t really have venom for defense. It’s not good defense outside of knowing the fate. But it’s not going to kill you in minutes. I’ve known people who was bitten and had to hike back an hour to a road for a ambulance. The snake primarily uses its venom for a scent trail as to begin the digestion process. So when it bites something like a rabbit that usually gets away and will run off before it collapses some it’s so much smaller. The rabbit will begin to already break down while the snake seeks out its specific venom’s chemical signature.

But you still don’t want to be bitten. I’ve been hiking and looking at plants and have been there, and even on my knees to get closer to olants and have been there for several minutes and then notice there is a pit viper a few inches way. Usually not even disputing any aggression. It’s just there and does not feel threatened and so it’s just watching me and my hand or leg may be literally anfew inches away ad well within striking and has been for several minutes.

Both of these photos depicting the beauty of nature are quite lovely, but there’s something about the first photo that gives me a sense of peace and tranquility. Perhaps it’s because it is more colorful and vivid, or maybe it’s simply because I’m drawn to the subject matter. Either way, I feel that the second image is still a very beautiful photograph but not as rich in its aesthetic appeal as the first one.

I agree the first is serene while the second was is more exciting. I’ve heard the quality of light in the second called “God” and in this one we’re looking up into it. In first we look down on familiar objects in a warm light. I think the difference is akin to William James’ distinction between religious ritual (first photo) and direct religious experience (second photo).