Worlds that Could Be

I was thinking about Interstellar the other day, specifically about that one planet in the film that’s proximity to the black hole makes time go much slower on the surface than it moves off world, and began to wonder: could a world or celestial body that has the opposite effect exist, and if so, how?

I was thinking about Interstellar the other day, specifically about that one planet in the film that’s proximity to the black hole

I don’t think that part of the film is accurate.

To be close enough for such temporal effects or close enough to see the black hole (i.e. the Schwarzschild radius) is too close – you would be torn to pieces by the tidal effects. No planet could exist that close to a black hole. This is not so say that a planet cannot exist quite comfortably in the same solar system as a black hole. Astronomers would only discover it by distortions to light from stars passing behind it. There would only be anything visible to the naked eye if there was an accretion disk, but in that case the resulting radiation would probably be lethal.

But do you understand what that means?

It means more time passes for those waiting at home. The traveler will not get back to pick up their life where they left off. The same is true of relativistic space travel to other stars. It is a one-way trip because any return will be so far in the future that the world you come back to will not be the same.

The Roche limit (at which a planet would be torn apart by tidal forces) for a black hole is no different than for any other gravitational body. What is different is how small a black hole is for the same gravitational force. A black hole with the mass of the sun would have a radius of only 3 km. Try to imagine the sun if it were 700,000 times smaller. The roche limit for the earth and sun is 556,000 km, so that is the closest the earth could orbit a black hole of the same mass without being torn apart. At that distance the black hole would be cover about .0006 degrees in the sky or 2 seconds of an arc – more difficult to see than Neptune when it is farthest away from us (2.2 seconds of an arc). And no, you cannot see Neptune with the naked eye.

And the temporal effects? Well again the difference from the sun is the size. You are not going to get much in the way of temporal effects even at the surface of the sun which is at 432,690 km (only off by 1.1 minute per year) so the distance for the kind of time dilation effects in the movie is WAY smaller than the roche limit.

Oops… maybe this is what I have been getting wrong. The Schwarzschild radius scales with the mass of the black hole… BUT the roche limit scales with the cube root of the mass. That is why the black hole in the movie “Interstellar” is a supermassive black hole of a 100 million solar masses. That way it could be visible in the sky without tearing a planet apart.

could a world or celestial body that has the opposite effect exist, and if so, how?

My understanding as an armchair physicist.

I was thinking about Interstellar the other day, specifically about that one planet in the film that’s proximity to the black hole makes time go much slower on the surface than it moves off world, and began to wonder: could a world or celestial body that has the opposite effect exist, and if so, how?

I hadn’t seen the movie yet, but now I want to see it
Here’s a scene from youtube
Interstellar 4K HDR IMAX | Into The Black Hole - Gargantua 2/2 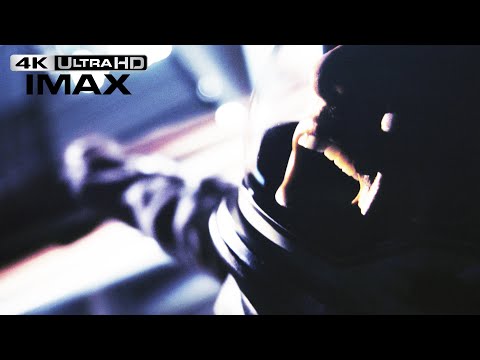 You HAVE to see it on IMAX.