What to Think of this?

Can someone explain this to me?
I my self is leaning towards creationary evolution 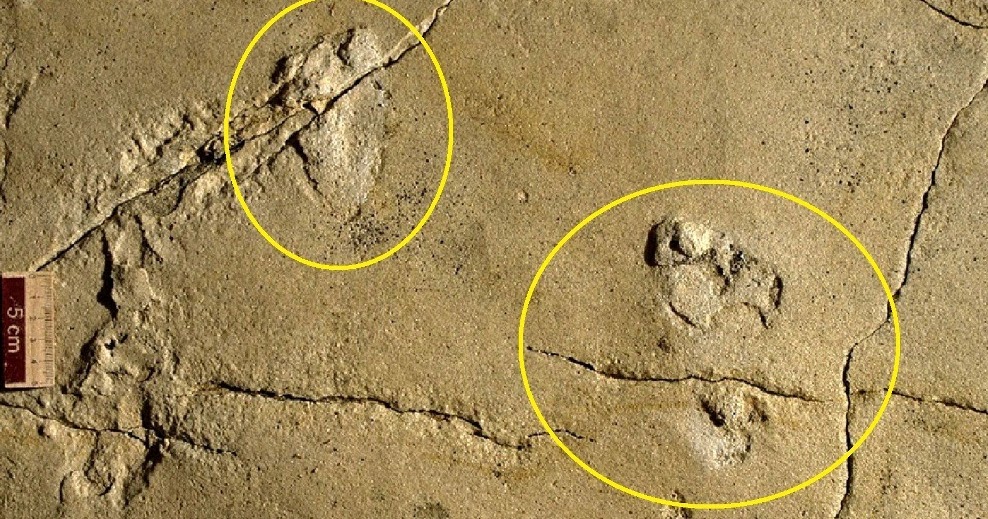 Newly discovered human-like footprints from Crete may put the established narrative of early human evolution to the test. The footprints are approximately 5.7 million years old and were made at a time when previous research puts our ancestors in...

It doesn’t challenge my model.

Good for you - but why not?

As discussed in another thread, it is foolish to claim that any fossil is a direct ancestor of any other fossil species or any living species. Fossils can’t tell us who the fossil’s direct ancestors or descendants are, only DNA can do that. The only thing that fossils can tell us is the mixture of characteristics in species at any one point in history, and this evidence can shed light on the order in which features evolved.

There are also two interesting hypotheses with respect to hominid bipedalism. Was the common ancestor of humans and chimps already bipedal, or did bipedalism evolve in the human lineage? As we find more fossils these hypothesis will be put to the test.

I found this article an excellent summary of how different Christian groups respond to hominid fossils in general:

Christian Responses to the Spiritual and Physical Status of Neanderthals

The physical and spiritual status of Neanderthals has been hotly debated since the first fossilize of bones were described from Neander Valley in Germany in 1856.   Since that time bones from more …

For example, @Wookin_Panub’s model is not challenged because as a young earth creationist, he holds the position summarized in the article that all hominid species are all the same species. Also, my personal addition is that no peer reviewed science can ever challenge the model of any young earth creationist because their model is not based upon science or anything in the natural world but a particular interpretation of the Bible.

Thank you for your answer.

Hi, I wrote a bit about the significance of this fossil find a few months ago. In the footnotes, in particular, I address the questions of how they fit into the conventional chronology.

At least everyone agrees that it isn’t a footprint from a modern human foot!
I wonder what the YECs make of it … here’s a footprint that’s really old… but there
are no human foot prints anywhere around to be seen … on Crete !!!

Researchers have found late Miocene footprints -- which show hominin-like characteristics -- near the village of Trachilos, west of Kissamos, in the Chania Prefecture of Crete, Greece. The footprints, described in a 31 August study in the Proceedings...

“What makes this controversial is the age and location of the prints,” said senior author Professor Per Erik Ahlberg, of Uppsala University."

“The Trachilos footprints are younger than the oldest known fossil hominin, Sahelanthropus from Chad, and contemporary with Orrorin from Kenya, but more than a million years older than Ardipithecus ramidus with its ape-like feet.”

“This conflicts with the hypothesis that Ardipithecus is a direct ancestor of later hominins.”

“Furthermore, until this year, all fossil hominins older than 1.8 million years (the age of early Homo fossils from Georgia) came from Africa, leading most researchers to conclude that this was where the group evolved,” the researchers said."

“However, the Trachilos footprints are securely dated using a combination of foraminifera from over- and underlying beds, plus the fact that they lie just below a very distinctive sedimentary rock formed when the Mediterranean sea briefly dried out, 5.6 million years ago.”

“Earlier this year, another team reinterpreted the fragmentary 7.2 million year old primate Graecopithecus freybergi from Greece and Bulgaria as a hominin.”

“During the time when the Trachilos footprints were made, the Sahara Desert did not exist; savannah-like environments extended from North Africa up around the eastern Mediterranean. Furthermore, Crete had not yet detached from the Greek mainland,” the scientists said."