Emotional maturity. I am not finding it as Christians fight over Darwin with each other and with nonbelievers like happened in Dover.

And it tore neighbor from neighbor. At Baylor and in Dover.

Your thoughts about people who are emotionally mature in this mess? Have any good books? I have too many bad ones written by PhDs

Also, natural selection is a nonrandom selection process that acts upon a pool of organisms generated by random variation, with the overall effect of explaining the apparent design of living things. This is what the atheist Richard Dawkins admits in The Blind Watchmaker.

Creationists say “evolution is pure chance” and is therefore unbelievable. How to counter this setting up of a straw man?

How to counter this setting up of a straw man?

The generation of variation is random. Natural Selection is not random. The best trait is the one that is selected and that is not random.

Too me I guess i view it as random and as not random based on the system.

Take the egg mimicry that seems to occur on some species of the Passion flowers. The leaves have a pattern on them that looks like butterfly eggs and so despite butterflies feeding on the nectar and carrying pollen off it makes it to where the plant gets the rewards of pollination without the disadvantage of having a butterfly lay it’s eggs that turns into caterpillars that eats the plant.

So it comes down to why did that develop?

Take monarchs and milkweeds. At some point a ancestor of the monarchs was born with a mutation that allowed it to metabolize the toxins in milkweeds. Those caterpillars kept being born and had plenty of food because others could not consume the milkweed. Over thousands and thousands of years the mutation kept being passed until a new species was developed. The monarch.

So on the individual level they were all random. Each one could be explained away with science without God.

However I believe there is another level. The sheer incidences of consequences is so high that I must imagine that the systems that created it, ecological evolution, was a system made up of laws that define our universe. I don’t think this system arose by chance. I believe that system was intentional.

Then I find even more reason to believe that when I look at the universe itself. It seems fine tuned to me. At least the things we understand. There just seems to be billions of these random connections that are super rare. Until science can explain that away I must lean on what I can see and make a choice based on the evidence. 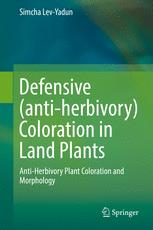 For many years, the best known case of defensive animal mimicry by plants that was also tested experimentally was of butterfly egg mimicry. It has been proposed to reduce egg laying by Heliconius...

@jbabraham88
To add to what Bill_II said, even the generation of variation is not purely random.

Organisms intentionally evolve means of introducing variation into their own genome in more limited and constructive ways. Even bacteria which does acquire variation from radiation damage has found a way to limit this damage so that it is more productive. They do this by selectively protecting damage from UV radiation from their own DNA repair mechanism which is usually too efficient to allow variation caused by radiation. More advanced organism don’t use radiation for this. Instead they introduce variation into the genome by sexual reproduction – recombining parent DNA into unique combinations. This is far more likely to produce non-harmful alterations than radiation damage.

This is most often overlooked because it is not that a purely random source of variation doesn’t work. It does – as can be demonstrated in evolutionary computer algorithms. It is just that by introducing their own more controlled variation, the process of evolution can work a little bit faster and more efficiently and is thus itself an evolutionary advantage.

natural selection is a nonrandom selection process that acts upon a pool of organisms generated by random variation, with the overall effect of explaining the apparent design of living things.

The generation of variation is random. Natural Selection is not random. The best trait is the one that is selected and that is not random.

Have any good books? I have too many bad ones written by PhDs

Yes**, Darwin’s Myth: Malthus, Ecology, and the Meaning of Life** by yours Truly. I guarantee you it is not written by a Ph D

The real question is not whether evolution is random or not, but how the non-random selection process works, and how God is able to guide evolution through this process.