Should the non-religious/atheistic position of Scientists tell us something? 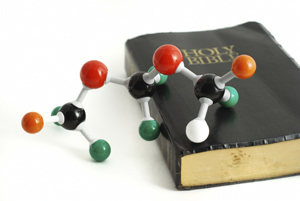 When President Barack Obama announced on July 8, 2009, that he would nominate renowned geneticist Francis Collins to be the new director of the National

In this report several scientists were asked whether or no they believed in God or at least a higher power.41% of them (almost close to the half)answered as beign atheists or at least agnostics.So is that high number of scientists who reject God concern us?Is that a motive maybe for us to question our faith and compare ourselves to them?

So is that high number of scientists who reject God concern us?Is that a motive maybe for us to question our faith and compare ourselves to them?

I think it’s unfortunate that they reject God, but no, it doesn’t make me question my faith. Do find that to be the case for you?

Do find that to be the case for you?

A little .Since im not into these science fields(space ,or maybe sociology etc etc or hard sciences like chemistry)i kinda feel sometimes a little lower than them.Like i feel sometimes i dont have the capability of understanding what they do.To sum up i sometimes say to myself"Well they know better,they are scientists"

I can understand feeling that way. And we do often have to put a lot of trust in scientists in many fields, and also doctors and surgeons in the case of medical care. So while I can agree that any scientist knows their particular field far better than I do, I’d be careful not to then assume they know everything else better too. Sometimes scientists can even get in trouble when they speak on subjects too far out of their own field, because they think they know more than they do. It’s possible that some people who strongly pursue material study may simply not think as much about religion as others.

(to switch things around, I know pastors who know far more about the Bible than I do, and I respect that, but realize that doesn’t necessarily mean they know what they’re talking about when they make statements about scientific matters)

True but their mind is sharp as a razor.I dont know but i think them as High IQs people.So they should have searched for lifes meaning to this world at least once in their life right?I mean im sure they have investigate it themselves.The people that have no potission in this question “Do you believe in God” are almost non existant in this world.

True but their mind is sharp as a razor.I dont know but i think them as High IQs people.

Do you think a high IQ is necessary to believe in God?

So they should have searched for lifes meaning to this world at least once in their life right?

Who knows… it could be that many think they’ve already found it, or assume there is nothing beyond the material.

o you think a high IQ is necessary to believe in God?

No.But people that have one and do well they are definetilly “proof” for me that God exists.The opposite can go for people who have but dont believe he does.

Is that a motive maybe for us to question our faith and compare ourselves to them?

@NickolaosPappas, the reason that I visit this site is because it attracts people of different faith positions.

I enjoy learning about science and new things about Christianity and other faiths, including atheism. Scientists are smart and they do know things, but they are primarily human, like everyone else.

I don’t think it should teach us anything really. No more than does the amount of non Christian religious people yea how us anything. It’s a reasonable interpretation of the data when faith is removed.

What it tells us is that religious belief is inversely correlated with education [and age], particularly with regard to evangelicalism. Unless you’re Jewish. The higher the higher education[, the older], the lesser the religion.

They are smarter,more educated and more sharp.That should tell us something no?

I don’t think it should teach us anything really.

Well if scientists are rejecting the faith that is a major issue no?

No because plenty of others accept it.

No, because it doesn’t change the reality of who God is and who Jesus is. Many brilliant scientists are Christians and many in the past have been, as well. Truth is not democratic nor a matter of opinion, no matter how smart a person is.

Doesnt seem to it.The number is going down accprding to statistics

Many brilliant scientists are Christians

Not many.Thats what worries me a little

What is there to worry about?

I don’t know what the actual data is. Out of the 30-40 something scientists I know all but maybe 2 don’t believe in God. They all but one reject creationism, but they believe in Jesus.

ut of the 30-40 something scientists I know all but maybe 2 don’t believe in God.