Merry Christmas and season's greetings to you all!

Just let yourself pause and enjoy this, even if just for some precious moments to lay aside all the strife and striving, the ego quest to be more right about important stuff than anonymous strangers on the web, the labors - much necessary and some not so much that we gather to ourselves for so much of the year.

I just love this combination of “What Child Is This” sung in harmony with another hymn: “Child of the poor.” It’s beautiful even when we’ve haltingly tried it with our own nonprofessional voices at church - and here it’s just music to lose yourself in. Enjoy. 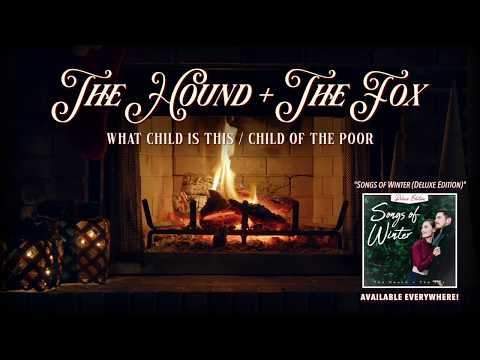 I’m a sucker for good harmony but that is a nice arrangement and well sung. Merry Christmas everyone.

Are you not liked here? You think God uses the “like clicks” to determine what is right? ![

It was a nice song. Though all I thought of when listening to it is those folkish solos that turns into a duo that a pirate sings as he’s being pushed towards the end of the board or a witch sings right before she’s burned or hung. They always break out in this type of song. The whole “ dead man walking singing trope “.

I presume my Christmas will go well enough. Some friends from church is coming over and we are watching xmas horror films. We watched “ The Advent Calendar “ which was really good. Each day they went through was a tribute to a different genre of horror and so they were able to blend a lot of meat stuff together. Yesterday we watched “ The Last Drive-In : Joe Bob Ruins Christmas “ showcasing “ The Ice Cream Man and Gatorbait. It’s similar to “ Elvira Mistress of the Dark “ so it’s a horror film that is broken up by segments of comedy , criticism and commentary of the film and those involved. Joe Bob Briggs though opened up with a short story of the typical Christmas story about there being no room at the Inn and it also ended with that message 2 1/2 hours later. It was a good message, but not appropriate for BioLogos.

In a nutshell the message was that through life experience we know that there was room for Jospeh and Mary. Someone could have scooted over on their beds, or someone could have moved furniture around and been more accommodating. But no one was interested in suffering so that someone else could suffer less. That we should always remember that sometimes we have to make sacrifices and suffer a little bit so that we can accommodate those suffering much more. He hinted at that fact that the place they stayed in was probably a cave and at things like how it tied into a sacrificial area like many Jewish people talk about. Looking forward to hiking Christmas Eve and telling krampus stories and elf horror stories with friends .

Hope everyone has a good Christmas/ Yuletide as well.