Ivermectin study, Does it matter anymore?

Noted a new Ivermectin study, again, with no benefit found from its use. Interestingly, metformin, a very common and very cheap medication used for diabetes and pre-diabetes was found to be helpful. Since I take metformin for pre-diabetes, that was good news.https://www.usnews.com/news/health-news/articles/2022-08-18/ivermectin-luvox-fail-as-covid-19-treatment

What interests me is how the well run studies are 1) largely ignored by popular media and 2) how it seems that facts and evidence really do not affect behavior. One of my pharmacist friends said he compounds a treatment for Covid involving ivermectin and hydroxychloroquine (also disproven to have benefit) and it has been a real boon for his pharmacy, as it is very popular with a few of questionable doctors in the area to prescribe to the gullible public. (Showing my bias a little too much?) In any case, are we truly in a post-truth or at least post-evidence world? Has the pendulum swung too far from modernality and rationality to where we are ruled by emotions and chaos?

One of my pharmacist friends said he compounds a treatment for Covid involving ivermectin and hydroxychloroquine (also disproven to have benefit) and it has been a real boon for his pharmacy, as it is very popular with a few of questionable doctors in the area to prescribe to the gullible public.

Certainly a boon for his pharmacy’s bottom line!

Has the pendulum swung too far from modernality and rationality to where we are ruled by emotions and chaos?

Well - we culturally still give lip service to evidence, since all those same people do feel obliged to use conspiracy theories to showcase to others why the true evidence must really be in their favor. Reality (even just our anecdotal interactions with it) must be taking its toll, though!

Has the pendulum swung too far from modernality and rationality to where we are ruled by emotions and chaos?

I think we crossed that line when the phrase “alternate facts” was used unironically.

Speaking of Covid Misinformation, The NY Times has produced a documentary about Dr. Joseph Mercola. It’s called “Superspreader” and may be seen on Hulu.

Ivermectin study, Does it matter anymore?

And the answer from the general populace is nothing matters anymore (except depending on your tribe): 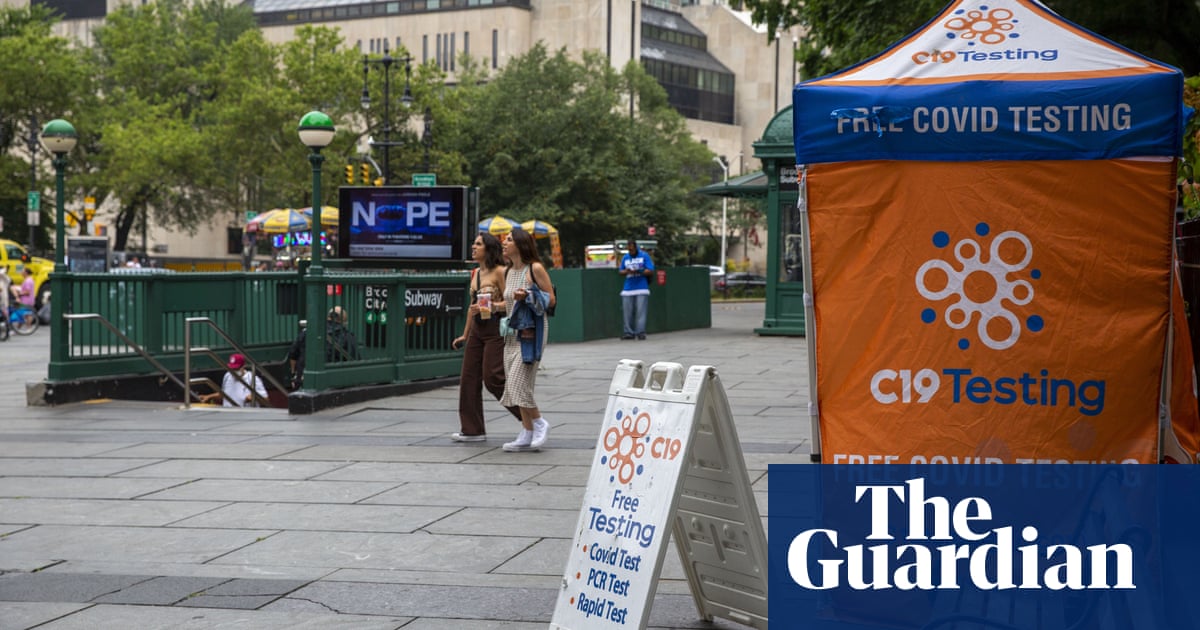 ‘Most have thrown their hands up’: has the US forgotten about Covid?

As Americans go about their daily lives, severely affected Covid patients are wondering if others are moving too quickly from the worst days of the pandemic

I’ve stopped worrying about it myself. I might see some men wearing a mask once every few weeks.

True. We get a few more wearing masks it seems, I suspect who have high risk factors or personal or familial experience that make them more comfortable.

I did have have a friend who posted a meme saying that "with the CDC’s recent admission that they could have handled things better, that they should apologize to conspiracy theorists. " I started to reply that the CDCs regret was that they were not aggressive enough, and their response failed to quash the conspiracy theorist and allowed those awful ideas to take root and grow, not that the science was wrong. The internet being what it is, I chose to just ignore it, and chew another couple of Tums.

For me I just realized what’s the point really anymore. At least where I live. Everyone is open back up. Thousands of people are at the beaches in a area 1/2 a mile long. The ambulance came to get my neighbor who fell snd broke her legs and I just happened to notice none of them , the paramedics, were wearing masks. Not a single person wears them at the church I go to and like 1/2 of them never even for the first shot and ironically, it’s mostly the elderly who look like they are on death’s door who are the ones that never got the shot, never got the mask, and brag about how they still meet up like 20 of them every week throughout the whole pandemic. Me and a few others wore the mask well after, like a whole year after everyone else stopped and just stopped as well.

I have no issue with immigrants. Documented or not really as long as they are decent people. They literally just rented out a whole hotel trough snd brought in several dozen immigrants that work at wherever. It’s for some temp company. So many business can’t find enough workers that they literally brought them in. I was talking to one of the guys and he said , he’s from china somewhere and is in his 40s, that they are paying them $12 a hour and charging them $100 a week to stay in the hotel but that there are several of them to a room. It’s not a big hotel. It’s like 10 rentals with two bedrooms in each one and they have 2 beds in each room and 2 beds in the living are. He was exited for the $12 and said he’s making enough that he can send money back that covers all the bills for his wife and kids. They all have been vaccinated, but they don’t wear masks and he said they were told not to wear masks because it would possibly cause problems from the rednecks. I told them maybe, when I was still wearing them occasionally guys would just be upset and say something. Women too. Had a woman laugh at me and ask if I was afraid real ice cream would give me cancer too. It was some weird jab that I was wearing a mask and got soy ice seam.I joined a group that is 2 years old for local liberals and it has 60 people in it and my town, though small, still has like 15,000 people in it. I bet over 14,000 of them are republicans.

I’m old and my wife is older, and I only have the one kidney. If either of us got any kind of long COVID it’s likely we could not live where by ourselves where we do any longer. I still wear an N95 mask whenever I’m in a building other than home even if I’m the only one. They still mandate them at the clinic and the hospital, but not the ophthalmologist’s office.

If I had N95s I may still keep wearing them since it seems to actually help keep me safer even if no one else is wearing one. But I have only been wearing the typical masks the whole time. I’m not sure what they are called but it’s the “ I wear a mask to protect you” kind of mask.

I’d say about two-thirds of people on my subway line wear a mask these days.

Folk are ignorant everywhere, they can’t help it, it’s not their fault. Even their folk leaders. But as Weinberg said, for good people to do evil - that takes religion. In its broadest sense. As in Orwell’s nationalism. That’s evolution for you.

Just watched the documentary I mentioned. Very powerful.
I learned that the commissioner of the FDA believes that misinformation is now the leading cause of Death in the U.S.

It’s hard to know what to do. I’ve gone maskless for a lot of the summer, but have mostly stayed away from crowded indoor spaces. I still follow CDC guidelines, which for us, being in a county that’s green at the moment, means masks aren’t a recommendation, but we still wear them sometimes. We were at a family funeral about two weeks ago and we were the only people wearing masks in the entire place, with probably about 80 people. Then we went to an author visit with about the same number of people and there was only one other family that was masked. It just seems like a good idea for a crowded indoor space, but I don’t blame people for wanting to be “done” with it all. At least now there are more options available (vaccines, treatments, better masks) for those who need the most protection. I’m curious what will happen (and whether schools will have mask mandates) when cases spike in the fall (as they probably will).