Hey, any thoughts or responses to this video? I’m deeply skeptical with it coming from FOX News. 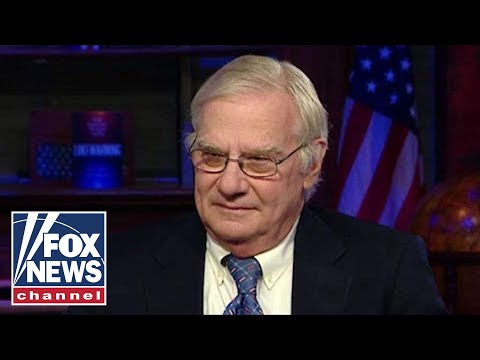 Who is he and what does he say?

Generally speaking, any video titled “the truth about…” almost guarantees that it is wrong or mistaken or at the very least misleading.

In addition to what Matthew said:

All of that is mentioned at the beginning of the video. However, it’s important to note that there are always going to be well-educated outliers for anything. The consensus among climate scientists, as far as I know, is that climate change is real and is a major problem. You can find scientists with degrees and Ph.D.s who are YEC as well.

Generally speaking, any video titled “the truth about…” almost guarantees that it is wrong or mistaken or at the very least misleading.

that is my take home lesson for the day, to avoid clickbait! Thanks.

However, it’s important to note that there are always going to be well-educated outliers for anything.

And how much do you trust outliers that are making a lot of money on their outlying opinions? Me, not much.

Yeah I read up on him. I am fully aware that America has Ph.D. YECs. Anyone who takes money from tobacco companies to lie and call it science makes them look like… honest, honourable scientists.

And how much do you trust outliers that are making a lot of money on their outlying opinions? Me, not much.

Not me, either. Perhaps it’s a failure on my part, but my point was to state that just because he has all those credentials doesn’t mean he is right or that what he says can be trusted.

I guess the majority of the time i don’t side with outliers, though I can’t say I always disagree with them though. The majority of people I meet within the scientific community reject God. Yet I side with the outliers who accept him. Though I guess I don’t really consider them outliers in the same way I view this guy. Even though the majority of scientists I know are atheists, it’s not like it’s just 1 out of a 100 who believes in god but I think it’s closer to 1out or 3 or 4.

With climatologists though it seems to be 88% and above support climate change being caused by humans. Many of the factors are at 98% agreement. So 3-10% going against the grain is far less than roughly 40-50%.

The other reason why I believe in it besides the number of climatologists is because it overlaps with almost every single earth science and across all nations and cultures almost all
Scientists accept it.

Additionally I don’t get my facts from mainstream media. I don’t even watch news regardless if it’s cnn or fox. Such as 99% of what I learned about the vaccine begin from links in here that cited multiple sources and so on. In general I guess though when I hear some thing is from FOX there is a immediate suspicious and highly doubtful “feeling” that arises. I guess I’m associate it with something negative despite having grown up where it use to be the main source of news media I watched and trusted in. Almost all of my teen life snd early 20s I associated fox with something positive until they routinely disappointed me.

With that where the funding comes from does not generally concern me to much but I make note of it.