The direct sun illuminates color amazingly well, doesn’t it? I like the canoe in the foreground, especially.
Thanks.

Thanks. That’s the Concord River, taken from North Bridge – the site of the first real engagement of the American Revolution. Come to think of it, the first photo, of the two trees, is from Lexington’s town green, where the first shots had been fired a few hours earlier. So I guess that was a Revolution-themed post.

Hypericum species. *I thought we only had two species in my county in this genus. Turns out we have 38 in state and potentially 20 in my
County. So it will be a while before I learn them.

Some kind of milkweed I believe. Not sure. Maybe a purple milkweed. I don’t remember it’s name.

Witch’s Butter a type of orange jelly mushroom. You can eat it raw, which I did. Different ones taste differently and different people interpret it differently. To me it reminds me of a warm tomato with earthy tones. Savory. I wish I had enough to make a soup with it.

Some species of orb weaver. I don’t know it.

A southern black racer. I tried to catch it but after my second run dive into debris and mud I quit. Partly from being tired and party from pain.

Sounds like a popular name deservedly given. Amazing how quick snakes can be under the right conditions.

interesting. I’ve never seen black racers, but we do have blue racers up here. During certain times of the year, the males will attack you. They’re not poisonous, but they are very fast and grow up to 6 ft long that I have heard…maybe more.

Yeah they have reached speeds of around 13mph I believe. I know I’ll be in a fast jog running through grasses and flowers and small shrubs and they are speeding through and it’s faster than what I can run hunched over and so it’s always a run and dive to catch them.

I lived in Maryland outside of D.C. in middle school and the first year of high school. I used to bring home big black rat snakes but they weren’t so fast. Box turtles too. We’d admire them for the day and let them go in the backyard which adjoined a mile by a couple miles of woodland.

The top
Spider appears to be what we call a wolf spider. We Usually have one or two in the house that we co-exist with as they keep down bugs, but sort of freaks visitors sometimes.

Given the subdued and light and the scene, I went for a softer look in processing this one:

The second spider turned out to most likely be a tropical orbweaver “Eriophora ravilla”.

It was fairly large but no where near the size of many other orb weavers like the golden silk ones.

Also the alien spider tattoo is not finished. While I was getting it from a fairly well known tattooist I noticed something off. He was not doing the best job. He seemed off and when I asked him what was wrong he begin to cry saying her found out he had brain tumors a week or so prior and I was the first one he had seen since then. That he was feeling sick and he keeps sleep walking and felt like he was going crazy because he does not remember him and his ex breaking up and he keeps going to her house , though not anymore. So I stopped him from working on me and we ended up talking a bit and I told him after surgery and everything is well we can pick it back up and I paid him the full amount. I think he’s only done 1-2 tattoos since then and he still owns the company I believe but they said he basically just manages it and blah blah. I seen him once maybe a year ago and it’s obvious he’s sick still. So next year, or the year after, I’m flying to Texas for an artist I like to fix it up and finish it. 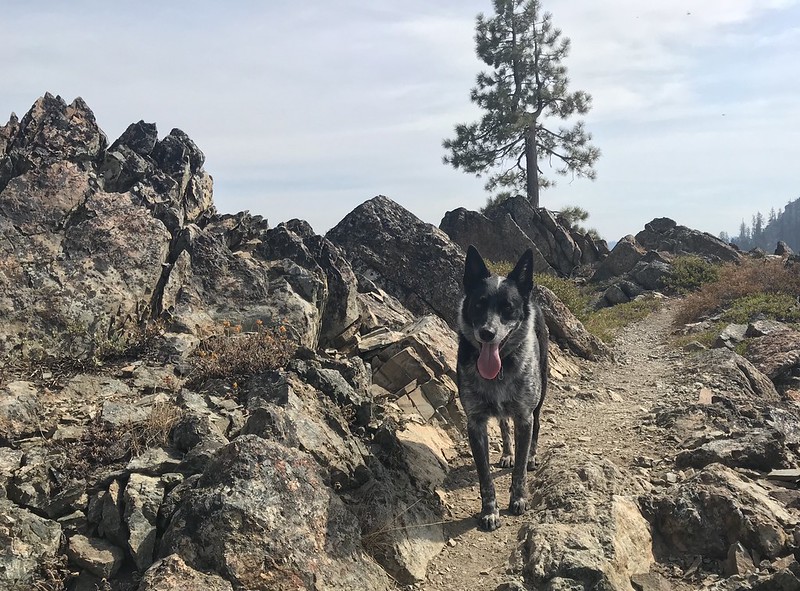 This is my dog Smokey from a walk on the Pacific Coast Trail near Mount Shasta City taken a couple of years ago when he was three years old.

What has always struck me as strange is that he has always fallen in close to walk at heel since the very beginning. He is what is called a Texas Heeler (aussieXheeler) so I’ve also wondered if that had anything to do with the heeler name, though what I’ve read it had to do with driving cattle by nipping their heels.

In the next photo after the video, you see him on his first walk with me, my wife and older dog at Tilden park in Berkeley. He is still wearing the tight fitting muzzle he was given at UC Davis veterinary hospital, but the cone was just removed the day before. They were treating him for a fractured mandible which my older dog did while giving him warning nip. Weird, she didn’t break his skin but it cost me a pretty penny to fix him up. So anyway she nipped him his first day with us and with the cone all he could do hang out in the garden while he healed. But this video shows him on that fateful day before Heidi nipped him. 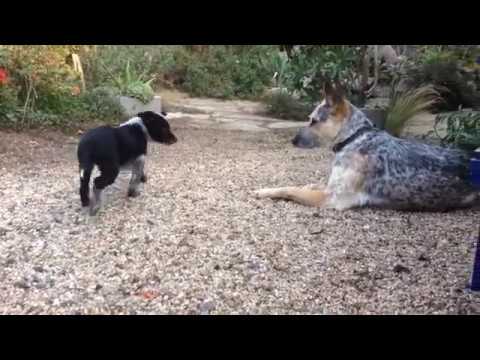 But this photos showed up on my Facebook page from five years ago from that first walk I took him on at Tilden once the cone came off. He was a real velcro dog, keeping an eye on Heidi and my wife but locking on to me most of the way. 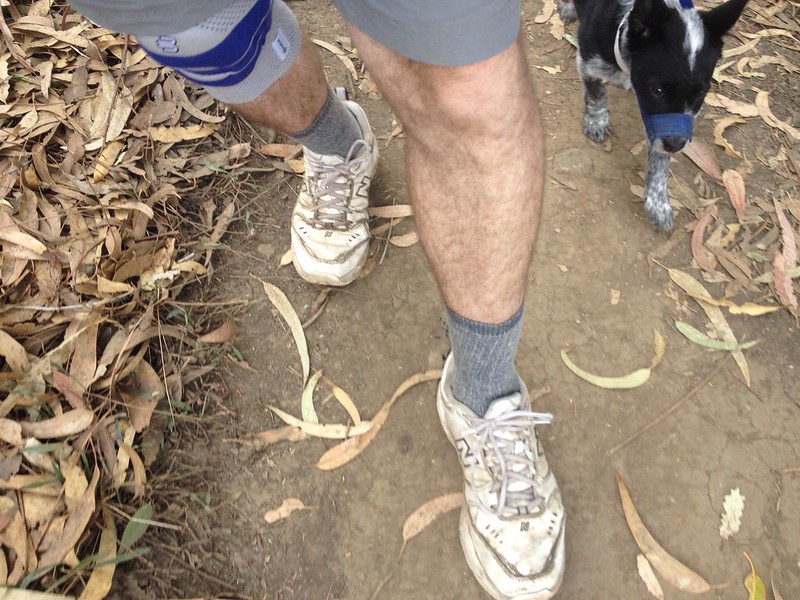 Back on the PCT I held my phone out and took this video to see what he was up to back there. This is still how he walks with me when we’re going somewhere. He’ll still play with Heidi and greet other dogs, but he is velcro’ed to me most of the time. I wonder if this is normal for heelers or perhaps he was just traumatized by the bite because he had to rely on me to feed him with a syringe? 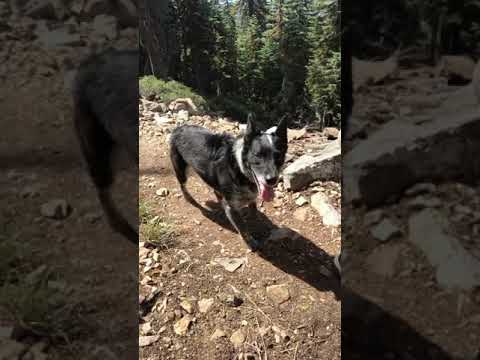 We had a bit of early snow on Friday:

Because it’s getting dark so early I am going to start waking up at 430am again so that by 515 I can head out to trails on the way to my work. Bumping on the job work up to 8-5. By 530 it’s dark. This way I can still have 90 minutes each morning to hike. Just sucks because I won’t be going to bed until 10pm. I wish the day was 30 hours long lol. That way I could fit everything into my day I want and still get 8 hours of sleep.

Also I was at a red light when I took the pic.