Hahhah! But some plants are so ‘fuchsiodes’ up, to say nothing of the asteroides. But trust me an orchard ladder would be a great improvement over the ten foot electrician’s ladder that I used yesterday. I’ve never bought an orchard ladder but I have a friend in her seventies who still uses hers and she has offered to loan them to me before.

Yeah, a straight ladder against a tree that is narrower than it is none too stable and likes to rock and roll!

One of the better things ladder related that I have purchased is leveling feet for my extension ladder:

Thanks, the electrician’s ladder is just a simple aluminum and fiberglass affair that is really meant only for indoor, flat surfaces. For getting on our roof this one you show would be ideal. But for working in the garden you can’t beat an orchard ladder. My friend went in with several other people to order some from Japan quite a while ago. I could probably find one to buy nowadays but I agree with @jpm that my ladder climbing should be kept to a minimum (and probably retired altogether),so if Beryl is still willing to loan me one of hers I’ll find a way to make it up to her. I used to drive her to meetings and garden visits but then she went and got a rechargable hybrid vehicle in which, the last time we used it, she still had not put in any gas. 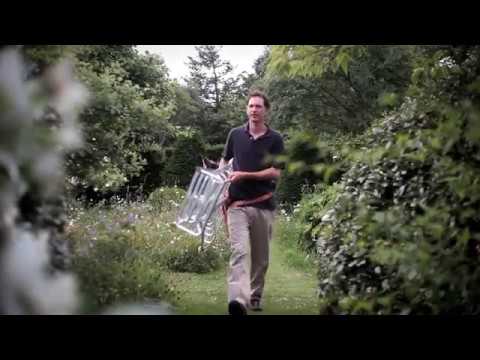 I’ve been taking a lot of pictures the last couple of weeks while biking. At first I just pulled my phone out if I saw something interesting, then I started taking a camera along, then I went to take pictures but got there by bike… and in the last couple of days, I’ve dropped the bike part completely. This is one of the phone ones – Hobbs Brook flowing into the Cambridge (MA) Reservoir. We’ve been having a bit of a drought here.

Same place this morning. Less pleasing composition, but with a bonus heron.

A couple more from pretty much the same spot, looking in different directions.

Nice. That is one of the few things I miss about living in the northeast. Nebraska is gorgeous, but I remember the fall foliage along the Delaware River (I’m from Philadelphia), west bank and bluffs especially, and in Connecticut, the one fall that I was living there.

I wonder who else lives in a largely urban area. While I love getting up to the Sierras and the slot canyons of the SW, I also appreciate places like Albany Bulb. It is just north of Golden Gate Fields where thoroughbred horse racing still takes place and just across the bay from San Francisco. Like much of the San Francisco bay there has been a century of landfills built out on the bay by developers. This place is one of them. This had been a site for many homeless encampments until fairly recently as well as a site where many guerilla artworks have arisen. It has also been used by dog walkers, model plane and kite flyers along with much wildlife including songbirds, rodents, barn owls and shore birds. 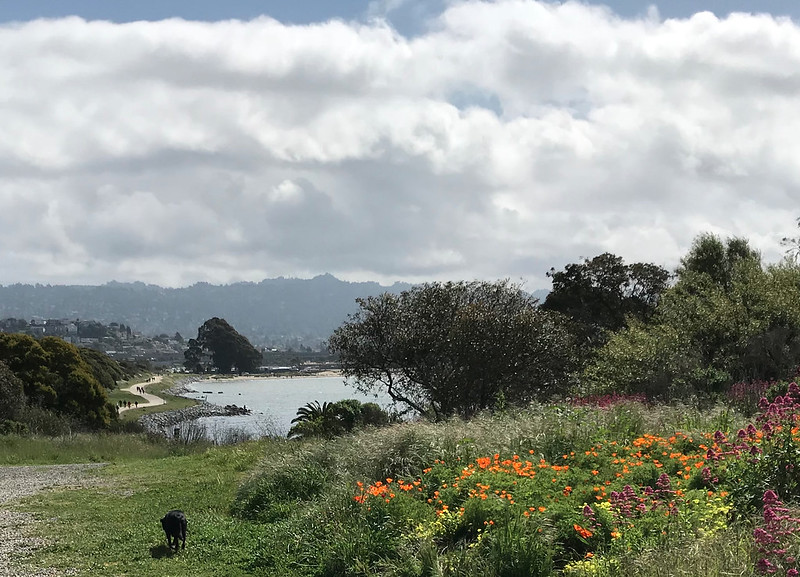 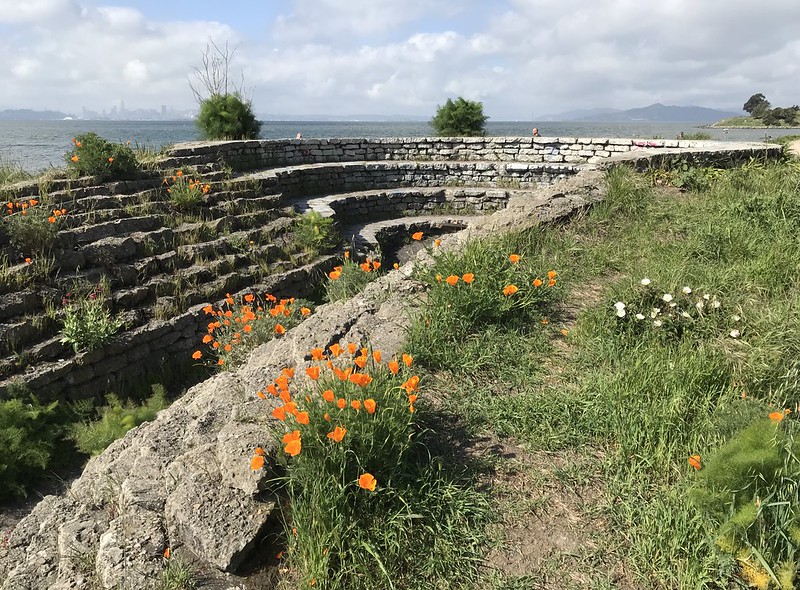 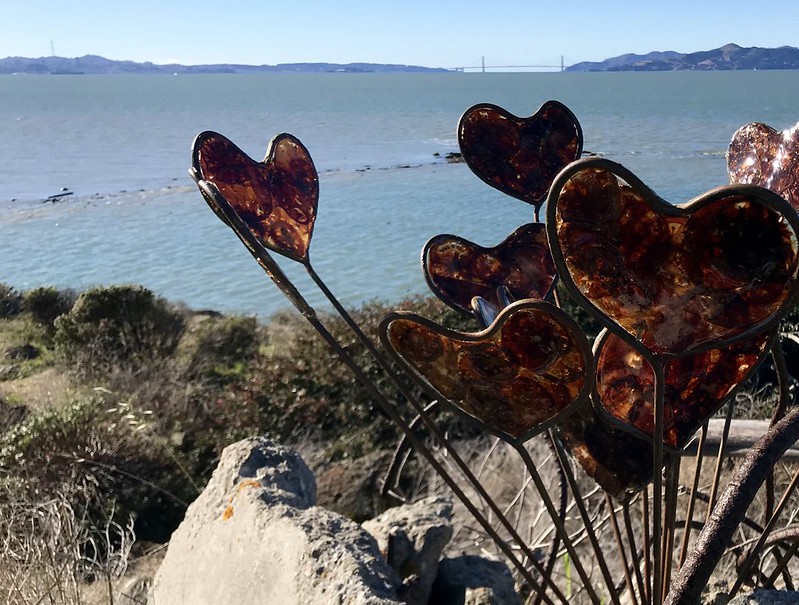 This one is quite large and often has two or three adults sitting on it. 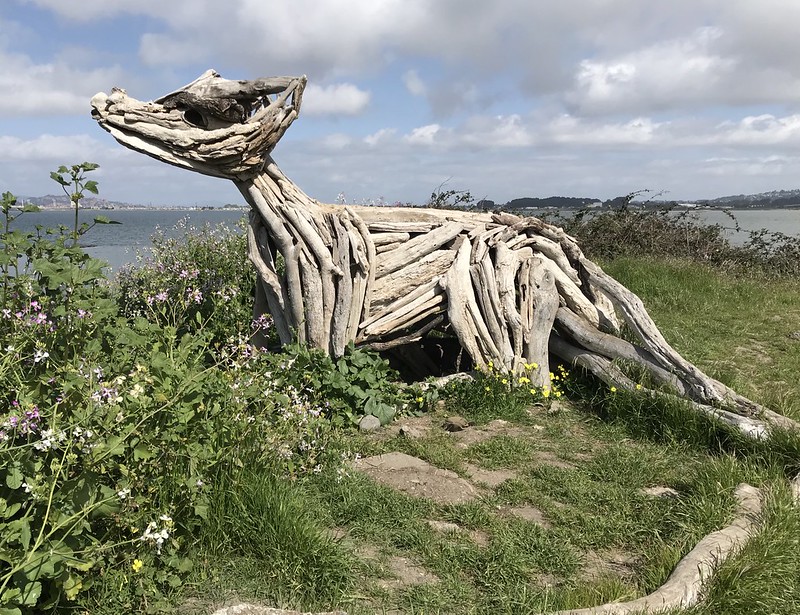 Much of the art work still there is pretty big. 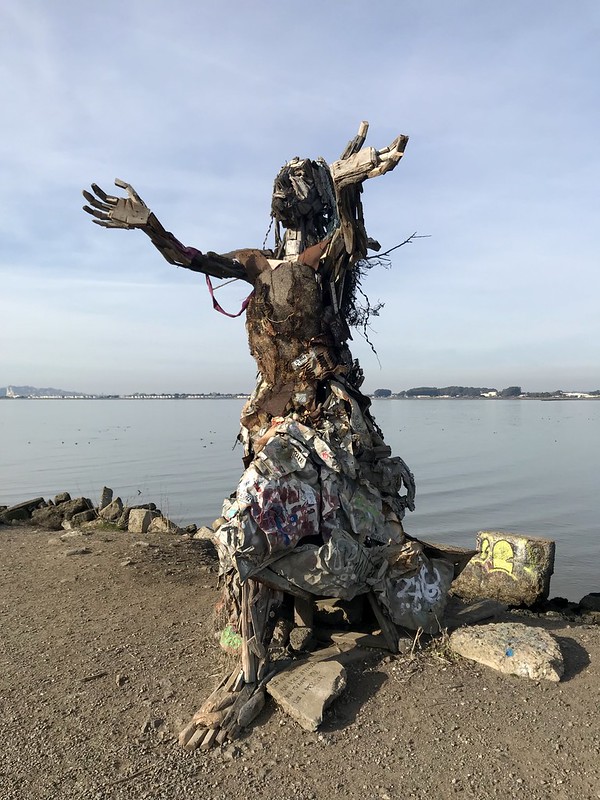 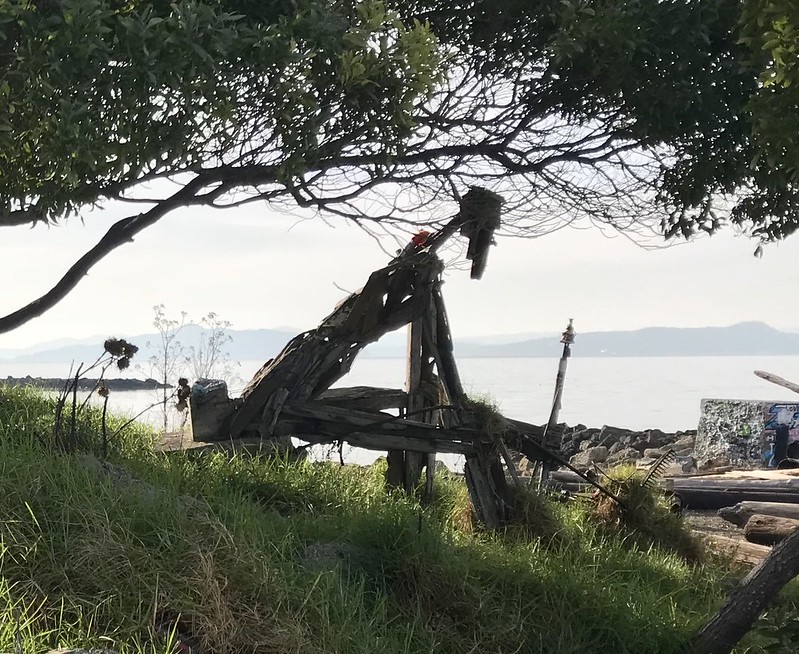 There are also many murals painted on concrete pieces. 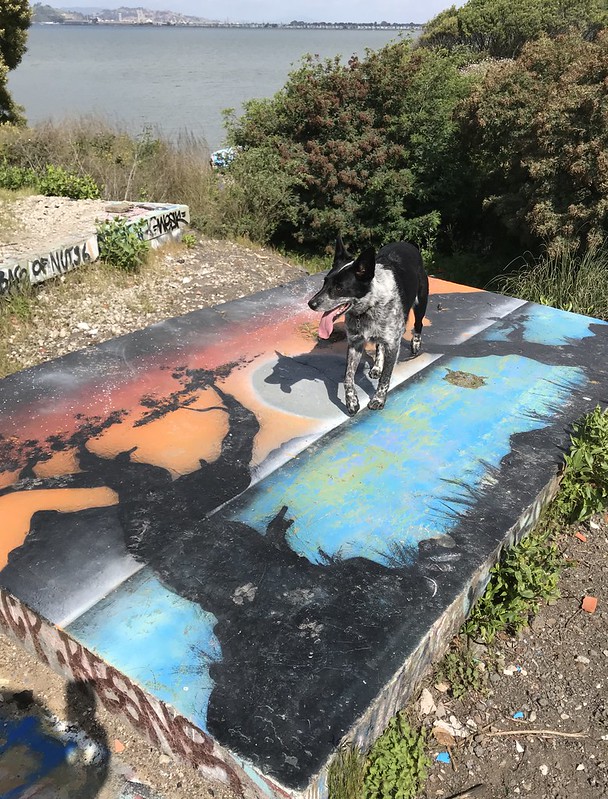 I found this in my cat’s water bowl this a.m…Seek app says it may be a species of trachela. I have never heard of such a thing. Has anyone else here?

I went looking for the foliage

We need @LM77 Liam, but I don’t think he has been around for a while. I know he is busy, but I sure hope he is okay!

Thanks for the shout out, Dale. I am still alive and I do ‘lurk’ on the forum when I get time. However, at the moment I am so busy with making church activities COVID safe and looking after our folk that I don’t have a lot of free time at the moment (two young boys and all that). Or when I have free time, I don’t have the mental resources left to contribute on the forum

@Randy, not sure about your spider. There are a lot of genus that appear in North America that we don’t get here in the UK. You may be better off posting it to iNaturalist if you want a more precise ID.

Good to hear from you, and blessings in your work! I did post It to iNaturalist, and I will be interested to see what they say and will post it here too. Keep safe and enjoy your family and church.

I took this photo two years ago at the garden of the former nursery manager at the Ruth Bancroft garden. He is from Australia and grows quite a few plants from down under I’d not seen before. This was my favorite. If you enlarge it a little you’ll see a honeybee at work in the nearest flower. As much as I like the flowers the foliage is just as amazing. This small tree is called Hakea petiolaris. 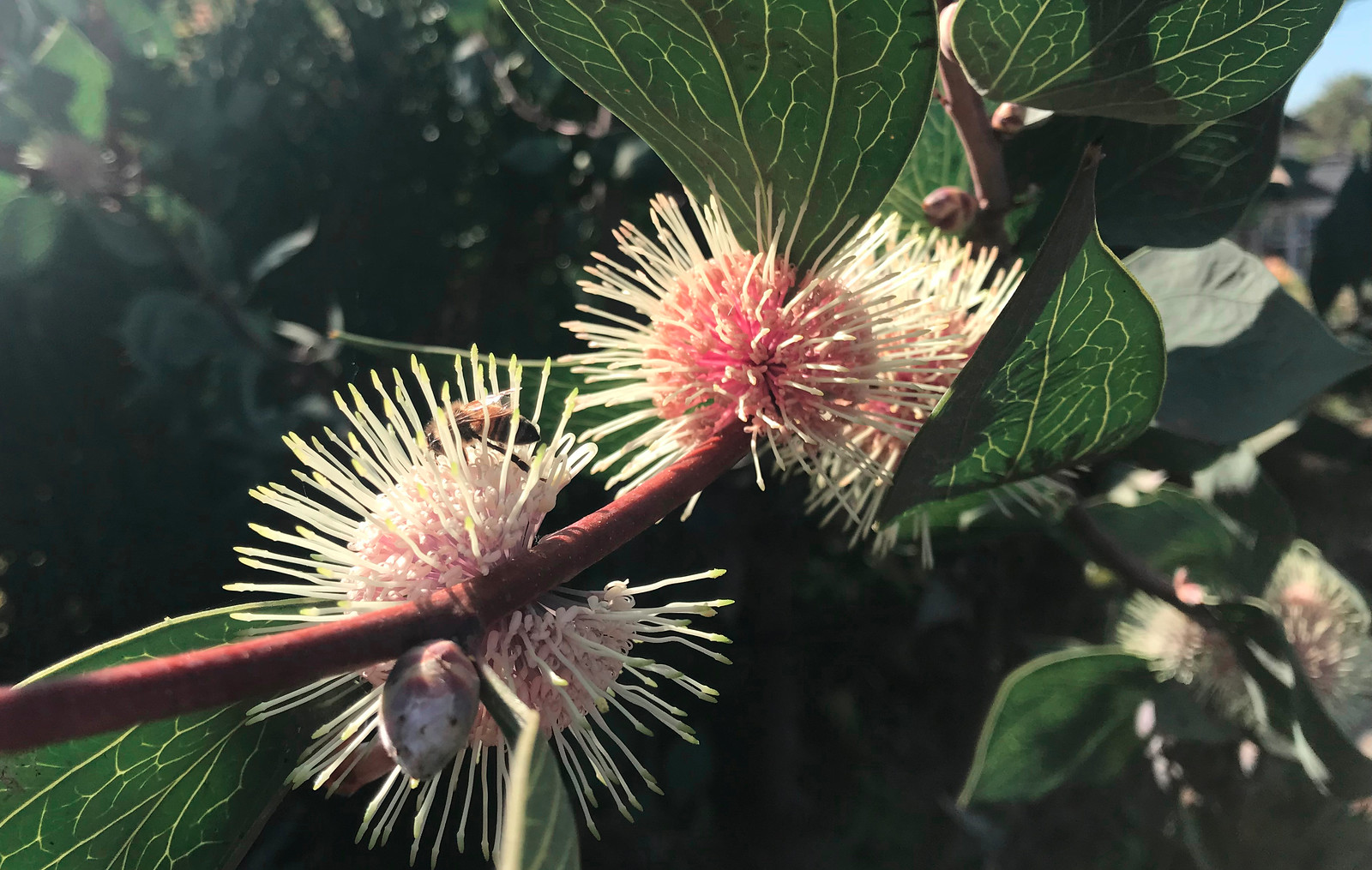 Maples on the road and red oak. I’ve heard it’s been the prettiest fall in recent memory.

I’ve heard it’s been the prettiest fall in recent memory.