An interesting case of speciation

The marbled crayfish is an emerging invasive species in freshwater habitats. Here, the authors sequence the genome of the marbled crayfish and show that evolution of this decapod crustacean involved genome duplication, triploidy and clonal... 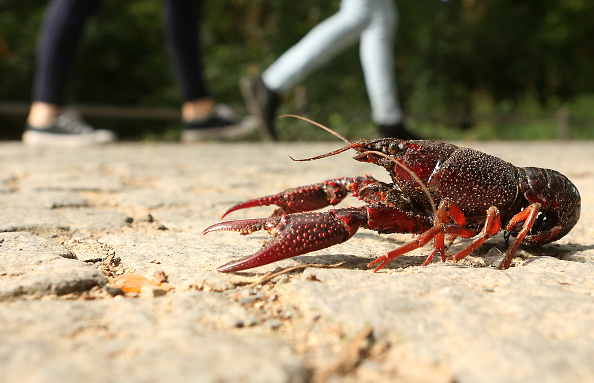 According to the New York Times, the crawfish mutated from one native to the Satilla River. Now it's cloning itself and spreading like crazy.

It seems to be a well documented instance of speciation, and while unusual, goes to show how varied and innovative things are out there in the world.

Yes, this is fascinating research. BTW, this is a nice example of how advances in genome sequencing are allowing us to explore questions that would have required decades in the past to resolve. The total amount of DNA sequence obtained to produce this single paper is quite astounding. By following this new species for the next 20 years we are going to be able to measure the effect of mutation load, watch genetic drift in natural populations and I am sure be able to test a number of additional evolutionary hypotheses that are hard to study in nature.
Young-earth Creationists are going to claim this validates their hyper-speciation views but does nothing of the sort. If species evolved like this regularly we would easily be able to detect this through examination of their genomes. We would observe species with very low amounts of heterozygosity.

@Joel_Duff, this is indeed fascinating research.

Now we know that the crawfish is an invasive species that has been imported by humans. They came from a similar habitat and have adapted quickly to European ecology.

It seems to me that the best explanation for rapid speciation is that the crawfish were needed to adapt to new niches which required changes in DNA and isolation of the species. Traditionally evolutionists said that changes of DNA causes a struggle of the fittest which can result in a new species. What seems more to be the case is that an environmental change requires organisms to adapt to the new niche and the best adapted survive and flourish as appears to have happened with these invasive crawfish.

It seems to me that the best explanation for rapid speciation is that the crawfish were needed to adapt to new niches which required changes in DNA and isolation of the species. Traditionally evolutionists said that changes of DNA causes a struggle of the fittest which can result in a new species. What seems more to be the case is that an environmental change requires organisms to adapt to the new niche and the best adapted survive and flourish as appears to have happened with these invasive crawfish.

Your description would be just fine … except it is not consistent with the context of the development.

A single mutation made the decisive difference: instead of meiosis, the crustacean experienced the kind of mutation that is more commonly found in plant life. The mutation was a flawed sexual process where instead of a germ cell having its genetic compliment halved, in preparation for union with the analagous germ cell of a male… a germ cell, before it could be halved, united with a half-portion of genes from the other gender, and it seems that just One Single egg produced a female with triple (instead of double) the usual genetic complement of a germ cell! In humans, it would be as if 46 chromosomes united with 23 from a sperm cell, for a total of 79 chromosomes!

From a related article:
“Over the past five years, Dr. Lyko and his colleagues have sequenced the genomes of marbled crayfish. In a study published on Monday, the researchers demonstrate that the marble crayfish, while common, is one of the most remarkable species known to science. Before about 25 years ago, the species simply did not exist. A single drastic mutation in a single crayfish produced the marbled crayfish in an instant.”

"The mutation made it possible for the creature to clone itself, and now it has spread across much of Europe and gained a toehold on other continents. In Madagascar, where it arrived about 2007, it now numbers in the millions and threatens native crayfish. “We may never have caught the genome of a species so soon after it became a species,” said Zen Faulkes, a biologist at the University of Texas Rio Grande Valley, who was not involved in the new study."

Link to the article quoted above: 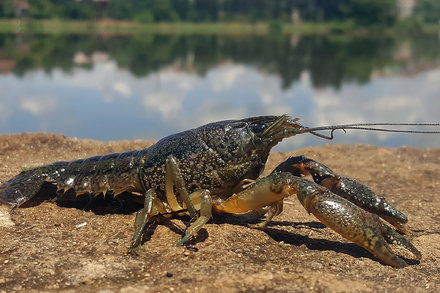 This Mutant Crayfish Clones Itself, and It’s Taking Over Europe

Every marbled crayfish is a female clone. The population is exploding in Europe, but the species seems to have originated in the American Southeast.

Roger, this single egg, the result of a single moment of mutation, produced a female that could produce fertile eggs of fertile offspring, all with the same triple genetic component. Did this singular event happen in the wild? Or did it happen in an aquarium? I’m not sure any of the scientists are willing to say! But I would be inclined to think it happened in the wild.

The pet-store was in heaven! It could sell these little beasts at a tremendous clip! But before you knew it, one can imagine the demand for this kind of crustacean began to level off. Who would need to buy one? Earlier customers were probably giving them away!, when they weren’t dumping them into any handy body of natural water!!!

To the rest of the BioLogos audience:
Here is the perfect case study !!! When a denier comes to these boards, and says, show me an example of a new species ever being created right in front of you … and here is an example of an animal (rather than a plant), that in virtually a single moment of an egg being fertilized, a brand new species was created.

Of course, there is still the remaining objection, which is: show me a case where a pig turned into a whale … and we’ll just have to cope with that objection the old fashioned way - - using logic and patience, and a resilience for foolish retorts like “oh, that’s impossible!”

Thanks for sharing. Makes me excited to see what other astonishing things we will discover in the coming years from the new flood of genome data. The end of the NYT article completely answered my initial questions about why this doesn’t happen or persist more often if it’s such an obvious reproductive advantage.

Very fascinating to see a single mutation have such an effect, and without “any deformities as a result of all that extra DNA”… I wonder if this ties into the (very little) stuff I’ve read about “natural genetic engineering” and the abilities of cells to organize their DNA according to some sort of syntax rules or other semi-intelligent processing…

Thank you for pointing out my misunderstanding of the articles.

My guess would be that the self cloning female might have originated in the pet store and from there was shipped around the world.

It would seem that all of these crawfish would be genetically identical, which would seem to mean that they are unable to environmental threats… Why are they able to expand their habitat do rapidly except they are an invasive species without natural opponents?